Since the release of Spinattic’s Customizer we have been working hard to make the system stable, fix bugs (some of them were generously reported by our users), improve the system and add more features. Following is what’s new in Spinattic: 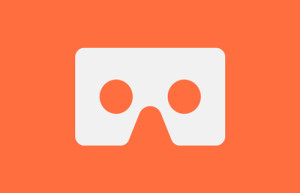 We’re happy to announce that the VR feature is almost ready and it will be announced during March.
Also there will be a new level of accounts: As you know, there is no charge to use Spinattic, it has been free since we launched the site in October 2014. We have found a great deal of support from the users and repeated requests to include additional features and benefits.  We really appreciate the interest and feedback here… thank you! Our time, efforts and cash infusions into Spinattic are driven by our passion for panoramic photography, and because we see a great future in the Virtual Reality industry. In order to continue with the development of the site, adding more of the features and benefits our users have been asking for to build tours, we are offering two additional levels of paid accounts: Advanced and Pro. We are hopeful that the features and benefits will meet your needs, allowing you more time behind the camera and less time in programming.

Thank you to all of our users for their passion in panoramic photography and the incredible tours that you are publishing in Spinattic. This venture would not be possible without you!

The GeoPress Coupon Offer is Available at a 10% Discount